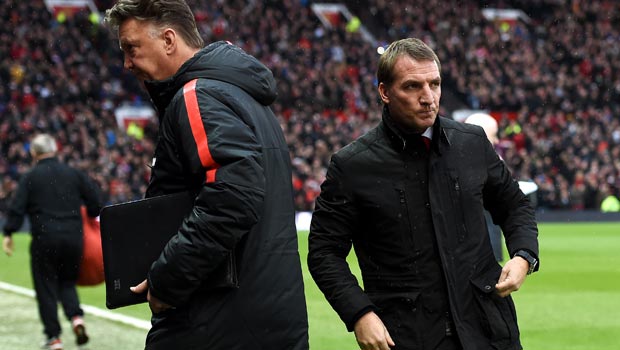 Louis van Gaal believes Liverpool’s recent run of poor results has been down to bad luck as much as sloppy performances from Brendan Rodgers’ team.

The sides meet at Old Trafford on Sunday as the Dutchman takes his Red Devils into this fiercely contested clash for the first time.

Liverpool have won just two of their last nine games while United have recorded five straight wins to move into the top three for the first time since the opening day of last season.

However, Van Gaal is not taking the Merseysiders lightly this weekend.

“In the last matches of Liverpool, they were a little bit unlucky,” the 63-year-old said. “You have to survive that; you have to manage that.”

United’s most recent victory came in an uninspiring performance against Southampton at St Mary’s on Monday night.

Chris Smalling limped off during the first half but Van Gaal was pleased to report his injury list has at last begun to subside.

However, he remains without record signing Angel Di Maria for the clash with Liverpool.

“Now, I have only four players injured, so that’s better than ever, I believe,” the United manager said.

Robin van Persie hit a double against Southampton and with Radamel Falcao available for selection once more, United will be confident of posing serious questions to a visiting defence that has looked shaky in recent weeks.

Going into Sunday’s clash United enjoy a seven-point advantage over Liverpool. The home side are 1.80 to defeat Liverpool (4.65) while the draw is 3.34.