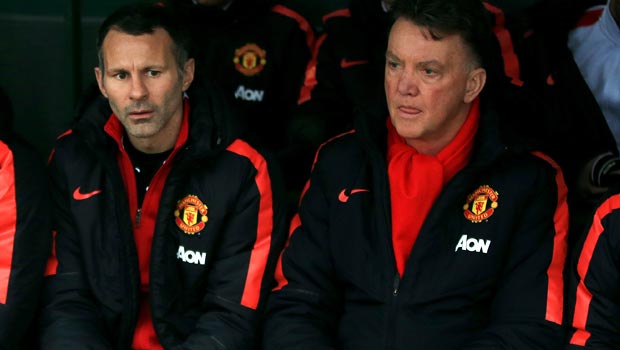 Manchester United assistant manager Ryan Giggs has denied there is a rift between himself and boss Louis van Gaal.

Giggs says that contrary to reports, he is enjoying working for the Dutchman and insists he is learning every day.

Rumours of tension between the pair emerged when Giggs failed to celebrate Ashley Young’s late winner for United against Newcastle on Wednesday night at St James’s Park.

Van Gaal vented his frustration at speculation surrounding his relationship with Giggs on Friday and the 41-year-old Welshman has now rubbished any suggestion there is a problem.

“Me and Louis have a great working relationship. He’s given me a massive opportunity and I’m taking it. I’m working as hard as I can and I’m enjoying every minute of it,” said Giggs.

As the season moves into the crucial final phase, Giggs says the media are too quick to pick up on non-events.

“It’s coming to that part of the season where the media will look at any little thing to make it more exciting and more interesting,” he added.

Giggs is full of praise for former Barcelona and Bayern Munich boss van Gaal and says he is constantly learning from the 67-year-old.

“He’s won everything and to work under someone like Louis is a great experience for me and he’s been brilliant with me,” added Giggs.

“I’ve really enjoyed working under him and learning something new every day.”

United have a chance to book a spot in the FA Cup semi finals on Monday when they entertain Arsenal at Old Trafford.

Arsenal have beaten United just once in their last 15 meetings.