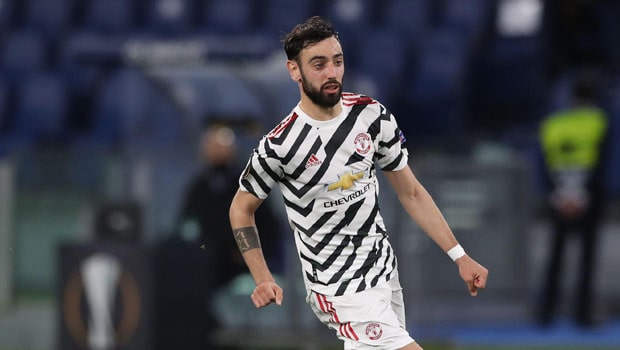 The win ensured that City is denied the league wins at least for another weekend after they had lost to Chelsea 2-1 earlier on Saturday.

If Pep Guardiola’s side had won the game, Manchester United’s result on Sunday would have been inconsequential as it would have been impossible for the Red Devils to win the league mathematically.

Meanwhile, Aston Villa took the lead through Bertrand Traore in the 24th minute of the first half and the home side ended the first half with a clean sheet.

Ole Gunnar Solksjaer’s side, before the game, had not secured the UEFA Champions League spot for next season despite making the final of the competition having got past AS Roma on aggregate in the semi-final last Thursday.

A win at Villa Park would have done that, especially with West Ham losing to Everton earlier on Sunday.

The Red Devils took the equalizer from the spot on the 52nd minute through Bruno Fernandes who has now scored 27 goals for Manchester United in all competitions this season.

Mason Greenwood added another four minutes later before Cavani scored his 8th goal in seven games in all competitions.

Meanwhile, West Brom was relegated on Sunday after the Baggies lost 3-1 to Arsenal at the Emirates Stadium.

Arsenal took the lead through Emile Smith Rowe in the 29th minute before Pepe added another six minutes later with a superb effort.

The Baggies got one back through Costa Pereira in the 67th minute but any hopes of a comeback were squashed by Willian’s fantastic free kick on the 90th-minute mark.