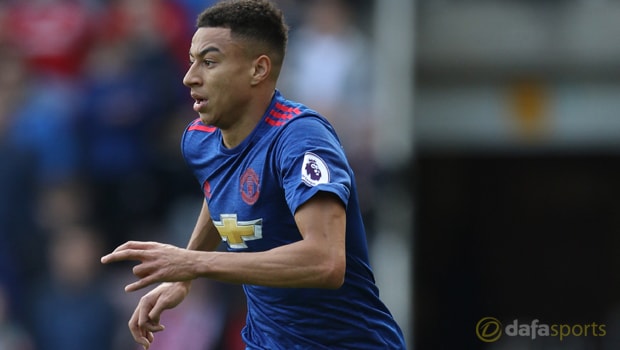 Manchester United winger Jesse Lingard has confirmed that he is currently in talks with the club about a new contract at the Premier League giants.

The Red Devils, 2.38 to finish in the top four, are hoping to tie Lingard down after another solid season from the club’s academy graduate.

Lingard has made 15 appearances for United in all competitions, scoring two goals in the process.

He has had to bide his time for chances under manager Jose Mourinho, with Anthony Martial, Marcus Rashford, Juan Mata and Henrikh Mkhitaryan all fighting it out for a starting spot.

Despite the battle for a first-team shirt, the 24-year-old insists he plans to stay at Old Trafford.

He told reporters: “The contract is still ongoing with talks at the moment. I enjoy playing for Man United and my heart is at Man United.

“There’s a lot of competition for places but I think that’s good for the group. It’s always good to have great players around you.

“You have to battle for your place and it makes you more hungry on the training pitch and you know when you get your chance, you have to take it.

“The likes of Mkhitaryan, Zlatan, Pogba, big names in our team, it always good to look up to them and see what they have achieved and obviously we gain that experience off them and learn off them, especially the young players.

“It’s always good to have that hunger to try to break into that team.”