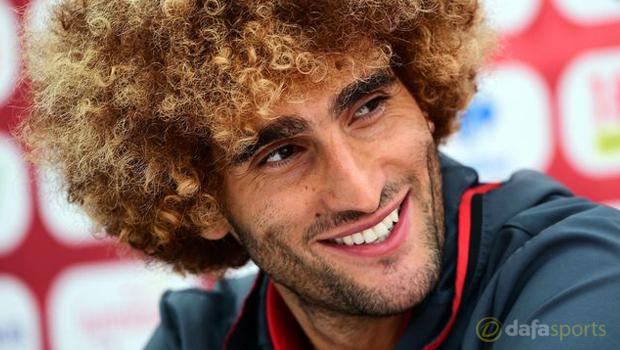 Manchester United midfielder Marouane Fellaini believes Belgium’s world-class strikers can break down Italy when they meet at Euro 2016 on Monday.

The Red Devils have been drawn in one of the toughest groups at this year’s major tournament in France, having to face Sweden and the Republic of Ireland as well as Italy.

However, Fellaini is confident that they can find a way through to the knockout stages and look to have a real impact at the showpiece event.

The United man believes that Belgium have more than enough ability in attack to break down what he feels will be a very solid defensive Italy side.

Marc Wilmots has the likes of Romelu Lukaku, Christian Benteke, Divock Origi and Michy Batshuayi to choose from ahead of Monday’s clash with the Azzurri.

Belgium are seen as one of the favourites to go on and have a say at the European Championships but will need to prove their credentials against Italy.

Fellaini hopes that the forwards are ready to hit the net regularly throughout the competition, having scored 24 goals during the qualifying campaign.

“We have a lot top quality players up front, who can make the difference, we have three world-class forwards,”

Fellaini said. “I hope they are ready to score goals and make a difference. It’s always important to start with a win, especially for our confidence.

“It’s going to be a real challenge against Italy, but it’s up to us to play through their defence.”