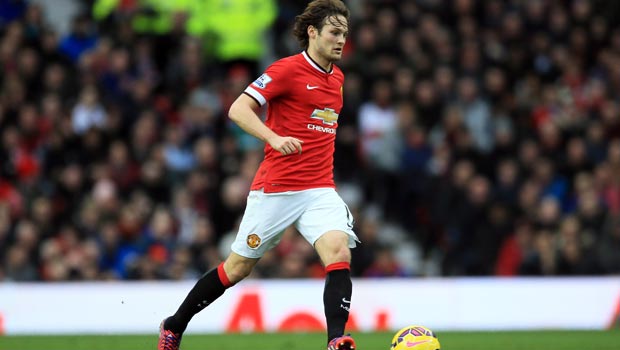 Manchester United midfielder Daley Blind insists he enjoying life in the Premier League and hopes the challenge of playing in the best league will help him to become the “complete” player.

The 25-year-old was an integral part of Van Gaal’s Netherland side which surprised many by making it to the semi-finals of the World Cup in Brazil.

The versatile midfielder has struggled with injuries since joining the Red Devils but believes he has grown from his experience.

Van Gaal has used Blind in a variety of positions and he recently proved his quality after switching from midfield to left-back in victories over Tottenham and Liverpool.

The Netherlands international insists that he stands by his decision to join United as he looks to continue his development.

Blind said: “In the Premier League, you have to grow.

“I noticed that the rhythm of the game is much higher. The games just went much faster than in the Netherlands. That comes in handy for me in the Dutch national team, and also in my career.

“When you develop yourself, you can become a more complete player and that’s what I want – to get better every day, to learn little things; and these should naturally be reflected in the game.”

United can be backed at 1.30 to beat Aston Villa in their next league game as they look to continue their push for a top-four finish.

Villa are priced at 10.97 to take all three points away from Old Trafford when the Premier League returns on April 4.