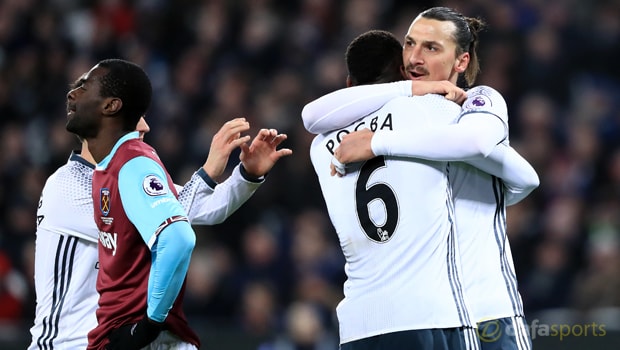 Manchester United forward Zlatan Ibrahimovic is pleased that he has been able to silence his critics during his first six months in English football.

The charismatic Swede joined the Red Devils on a free transfer from Paris Saint-Germain during the summer, but at the age of 35, many people questioned whether he would be able to cut it in the Premier League.

The former Barcelona forward has answered those critics by scoring 17 goals for United, including 12 in the English top-flight, and he ended 2016 with 50 goals in total, a record that he is extremely proud of.

“I had a fantastic year,” he said. “At PSG it was amazing, and I came to United and my first six months here have been more than amazing.

“I came to the Premier League and everyone thought it would not be possible but, like always, I make them eat their balls.”

Ibrahimovic concedes that he is unsure how long he will continue to play at the top level for, but he insists that he feels good and he will be looking to add to his goals tally during United’s next match at West Ham on Monday.

“I’m super-happy and I feel good. I don’t know how many years I have left, but I’m enjoying the football.

Every year, they [United] have been calling me and they were not feeling good, so I wanted to come when everyone thought I was over [the hill].”

United are priced at 1.53 to secure all three points at the London Stadium, while the Hammers are available at 6.00 and the draw is on offer at 4.20.