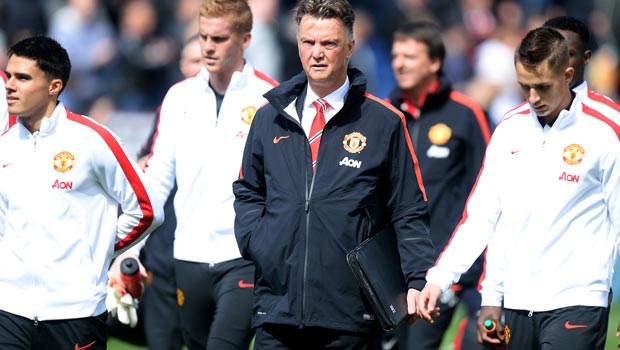 Manchester United boss Louis van Gaal believes a top-four finish is still possible this season despite his side’s underwhelming start to the campaign.

The Dutchman has had a tough introduction into management in England, with his United side failing to register a win in a competitive match as yet.

A home loss to Swansea and an uninspiring 1-1 draw with Sunderland in the Premier League were followed by a shock 4-0 defeat to MK Dons in the Capital One Cup.

Despite having seen his new team struggle thus far, Van Gaal believes a place in next season’s Champions League is within United’s grasp.

The confident Dutchman went as far as to say that a title challenge was not out of the question as he feels, given time, he can get the team back on the right path.

He said: “Before September 1, I have given every player a reasonable chance – it would not have been good to come as a new manager and say ‘I want 11 new players’. The process needs time and we are building up a new team.

“I hope we shall succeed and that we are this year in the top four, because the Champions League suits a club like Manchester United.

“Then maybe the next step is to be champions and the next step after that is to be winner of the Champions League, but that needs time. A lot of clubs fight for many, many years and never succeed.

“We can still be the champions of England in my first year. Maybe you will laugh but in my former clubs I have started like this so for me it is not big news.”

Van Gaal will hope that the arrival of Angel Di Maria for a British record fee of £59.7million will lift the mood in the camp, with further comings and goings expected at Old Trafford over the weekend.

United go into Saturday’s match with Burnley priced at 13.00 to win the Premier League, with rivals Manchester City 2.80 and Chelsea 2.20.