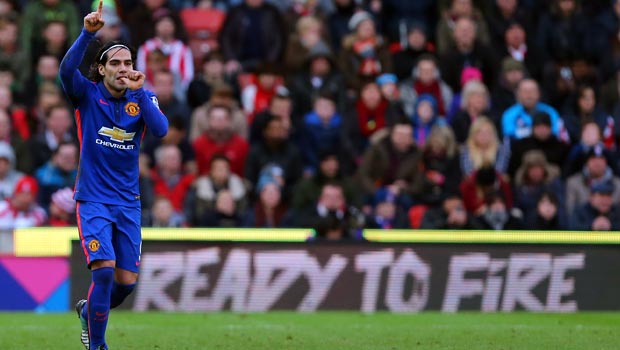 Falcao was not even named among the substitutes in the narrow loss, which ended the Red Devils’ 11-game unbeaten run in all competitions and leaves them fourth in the Premier League table, 12 points adrift of leaders Chelsea.

The decision to play Angel di Maria in support of Robin van Persie, with Wayne Rooney in a deeper role, meant there was no place in the XI for Falcao but Van Gaal was adamant it was a tactical move he had to make.

United failed to register a single shot on target in the match as the Saints secured their first win at Old Trafford since 1988, thanks to Dusan Tadic’s second-half goal.

Ronald Koeman’s side are now above United in the table and look well-placed to mount a serious bid for a top-four finish in 2015.

The Dutchman says they approached the clash at United without any fear and he hopes Southampton can maintain their impressive form in the remainder of the campaign.

“I am not surprised we won. We have organisation. If we keep the spirit and the organisation, we can keep in front in the table.”