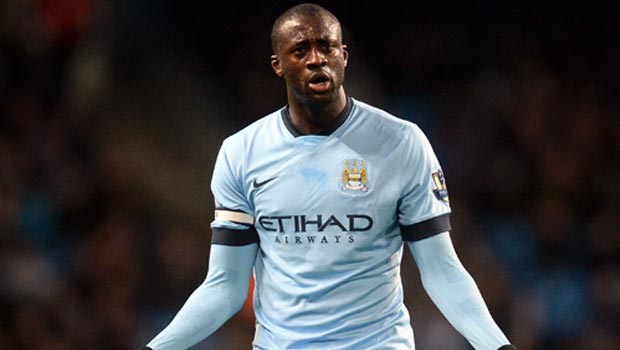 Inter Milan manager Roberto Mancini has revealed that he hopes to bring Manchester City midfielder Yaya Toure to the club in the summer.

The Italian brought the Ivorian to Manchester during his time in charge at the Citizens and the duo won a Premier League and FA Cup title during their time working together in England.

Mancini, who returned to Inter for his second spell in charge of the club in November, now the 50-year-old wants to bring the powerful midfielder to Milan, although he admits that any transfers in the next window are dependent on the club abiding by the UEFA financial fair play rules.

He said: “It’s a question mark, we’ll have to see what financial fair play brings.”

The former Italian international did confirm that the 31-year-old would be one of his major priorities for the new season, revealing that he believes the player is in favour of a move to Italy.

He continued: “I’m sure we’ll do some good business. Yaya Toure? He’s played in almost every league, except for Germany and Italy. If, as seems to be the case, he wants to try Serie A we’ll look into the possibility, but it won’t be easy.”

The Nerazzurri have endured ad difficult season in Serie A and currently find themselves in ninth position in the current standings, a full 25 points behind leaders Juventus.

Mancini himself has only managed five wins from 15 games since he took over at the club, but he is convinced his side have been moving in the right direction since his appointment.

He continued: “The team has really improved, both in terms of their mentality and the level of their play. We’re building a solid foundation, and if we prepare well and bring a couple of players in we can get even better.”

Next up for the Milanese club is a home match with Cesena on Sunday. Inter are 1.36 favourites to win the match with the visitors on offer at 7.91. The draw is available at 4.80.