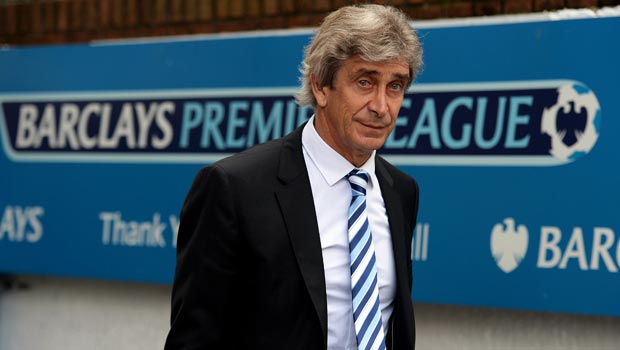 Having seen his side eventually dismantle Aston Villa 4-0 on Wednesday night, Manchester City boss Manuel Pellegrini has finally admitted his side are firm favourites to win the Premier League title.

The win over Villa, which came thanks to second-half goals from Edin Dzeko, twice, and one apiece from Stevan Jovetic and Yaya Toure, puts City two points clear of Liverpool at the top of the table with just one match to go.

City are at home to West Ham on the final day while Liverpool entertain Newcastle – games that both would expect to win.

To claim their first title in nearly a quarter of a century, Liverpool need to do a job on the Magpies and hope the Magpies can somehow spring a surprise at the Etihad Stadium.

“Now we can talk about the title because if we win the next game we will win the title – we couldn’t say that before today”, Pellegrini told his club’s official site.

“It will be important to win, not only because of the title, but the way we can win the title.

“I think that we have a style of play, we are an attractive team, we score a lot of goals (100), and we always think we can score more.

“There are many ways to win a title but I choose this one: attacking football. For me, that has just as much importance as winning the title – I’m very happy to manage a team in this way.

“It’s been a very strange season because we were always chasing – we had three games in hand at most stages, now we are top of the table and I hope we will not lose on Sunday.”