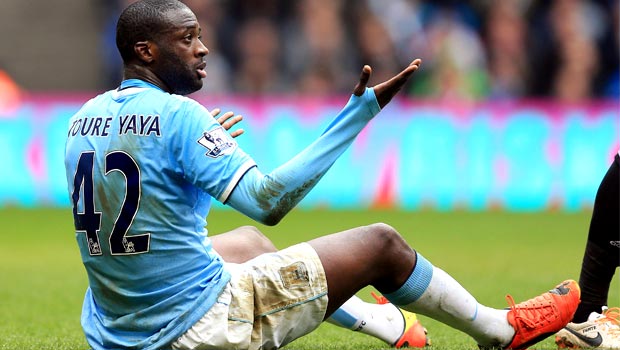 Manchester City boss Manuel Pellegrini believes his team can continue to handle their injury problems with Yaya Toure the latest star to be ruled out of action.

Toure, who has been instrumental in the heart of the City midfield, picked up a leg injury in the clash against Liverpool on Sunday.

The City midfielder was forced off in the first-half after he injured himself while shooting during the 3-2 defeat at Anfield.

The former Barcelona midfielder will now miss at least two weeks of action, but it is better than first feared after Pellegrini claimed he may miss the rest of the season.

They have two games in hand over Liverpool and Chelsea, with their first game coming against Sunderland on Wednesday night.

Although Pellegrini will be without Toure, he could hand Sergio Aguero a start and the City boss is confident they can continue to push for the title despite the injuries to key players.

“We have played the whole season with a lot of injuries,” he said.

“Now we have Yaya – we’ve had Kompany, Aguero, (Samir) Nasri. We were the only team that continued in the four competitions because we had an important squad and a lot of those players played well.

“He’s (Toure) an important player, one of the most important we have in our team.

“But we have a squad and must replace him in this moment. I am sure we are going to do it with no problem.”

City are the heavy favourites to win and can be backed at odds of 1.15 with Dafabet, with Sunderland priced at 14.43.