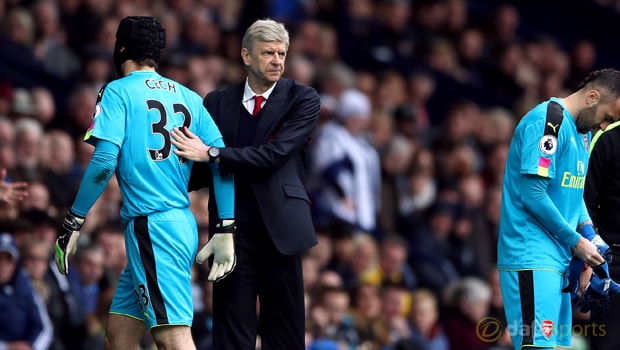 Arsenal forward Lucas Perez expects manager Arsene Wenger to remain with the club beyond this season despite calls for him to leave.

The 67-year-old tactician has been at the Gunners’ helm for more than two decades but his support from the terraces has dwindled over the last few seasons.

Arsenal, who are priced at 3.75 to claim a top-four spot, once again failed to go beyond the last-16 of the Champions League this season and they remain in a tense battle to secure qualification for Europe’s elite competition next term.

Wenger’s current contract is set to expire at the end of the 2016-17 campaign and he has yet to confirm whether he will stay on.

However, the Frenchman has hinted that an announcement on his future will be made soon and reports claim he is on the verge of penning a two-year extension.

Perez, who joined the north London outfit last summer from Deportivo La Coruna, says he has a good relationship with Wenger, and he believes the veteran manager will remain at the helm moving forward.

“The relationship I have with Wenger is good and I think he will continue, but he has not yet communicated it to anyone,” Lucas said.

“He is a normal person, very accessible, humble. Wenger knows all the people who work at the club and is always willing to help them.”

Arsenal sit sixth in the Premier League as they head into a crucial game on Sunday when they welcome top-four rivals Manchester City to the Emirates.