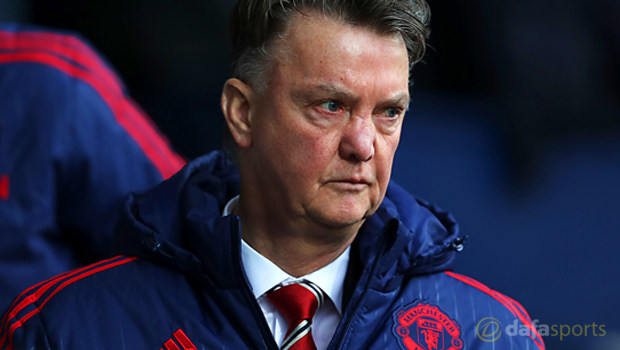 Louis van Gaal says Manchester United need to win their last nine Premier League games if they are to finish in the top four.

The Red Devils suffered their latest setback on Sunday as Salomon Rondon’s goal gave West Brom all three points at the Hawthorns after Juan Mata had been sent off in the first half.

Van Gaal admitted United cannot afford such defeats given the mistakes they have made already this season.

The defeat at West Brom left the former champions three points behind neighbours Manchester City, who are in fourth place, with the Red Devils having played a game more than Manuel Pellegrini’s team.

The United boss is leaving his troops in no uncertain terms about what is needed if they are going to achieve a top-four finish this season.

“We need 27 points. It is a lot but it is always possible,” said van Gaal.

“You have always chances but I have said in advance – these kind of matches you have to win, especially when you need to close the gap because you have lost too many games before.”

Mata picked up two bookings in the space of three minutes shortly before the half-hour mark against West Brom.

The Spaniard, sent off for the first time in his career, prevented a quick free-kick being taken for his first indiscretion before tripping Darren Fletcher.

Van Gaal said the first booking was stupid from Mata but he felt referee Mike Dean could have shown some leniency with the second yellow card.

He told reporters: “The first was a stupid yellow card, you know it is a yellow card in advance. The second you know you already have one so you have to take that into account.

“You damage the team, but the referee has to know the person who makes the tackle and Mata never hurts an opponent.”Manchester United are now 4.00 to finish in the top four this season.