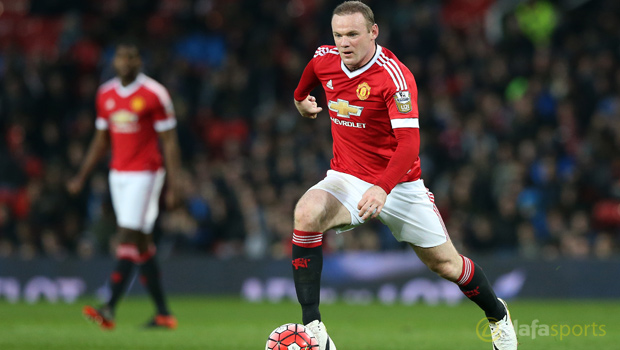 Louis van Gaal says he has already told Manchester United captain Wayne Rooney he expects him to have a positive impact in the final few weeks of the season.

The striker is nearing a return to fitness and Van Gaal says the 30-year-old could figure in the FA Cup quarter-final replay at West Ham on Wednesday.

Rooney has been sidelined for two months but Van Gaal says he is already showing signs in training that he is ready to come back in and do a job for the Red Devils.

According to the United manager, Rooney has already been told what is expected.

“I am counting on him,” Van Gaal said when asked if Rooney would provide a spark over the final few weeks of the season.

“I have said that to him already, but you have to be fit in the first place. Secondly, I have to compare him with the players who have played. We are communicating every day with each other.”

Despite a season that has been far from straightforward, Man United enter the weekend one point behind fourth-placed Man City in the league and very much in the hunt for an all-important top four finish.

Should Van Gaal achieve a top four place and lead his side to FA Cup glory at Wembley next month, the Dutchman would surely deem the campaign a success.

Van Gaal says Rooney impressed in his first full session back with the first team on Friday and he is hoping he could play a part at Upton Park if he proves himself in an U21 clash with Middlesbrough at Old Trafford.

“It depends on what we are seeing, and today was another day. There’s tomorrow also,” he added.

“Let’s wait. He plays 60 minutes at a lower level and maybe he can play against West Ham United [in the FA Cup quarter-final replay next Wednesday], you never know.”