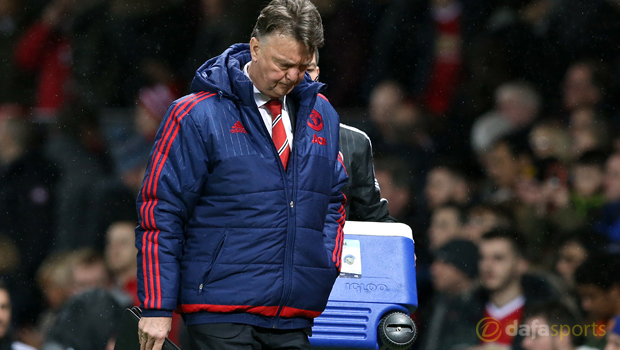 Louis van Gaal says there have been times this season when he has been bored watching his Manchester United side play.

The Red Devils have struggled in front of goal for vast chunks of the campaign. Their last ten games at Old Trafford have produced a solitary first half goal between them.

The latest disappointment came on Saturday where Man United needed a 93rd minute penalty to edge out League One side Sheffield United in the FA Cup.

The home side were not able to produce even a shot on target against the Blades until the 69th minute and were, once again, booed by the Old Trafford faithful at the interval.

Van Gaal conceded it has been hard to watch for him at times this season.

“There are matches that I have enjoyed,” said the Dutchman.

“And there are also matches where I’m very bored or angry because we are not disorganising our opponent’s defence, but that is football.”

Man United are back in Premier League action on Tuesday with a trip to face third-from-bottom Newcastle at St James’ Park.

With just one league win from their last seven games, the pressure is on Man United to get three points and push themselves level on points with Tottenham in the race for a top four finish.

Amid accusations that he is not vocal enough on the sideline when his players are struggling, van Gaal says he does not believe in shouting instructions and prefers to get his ideas across on the training ground.

“Everybody is different and I don’t believe in yelling from the sidelines.