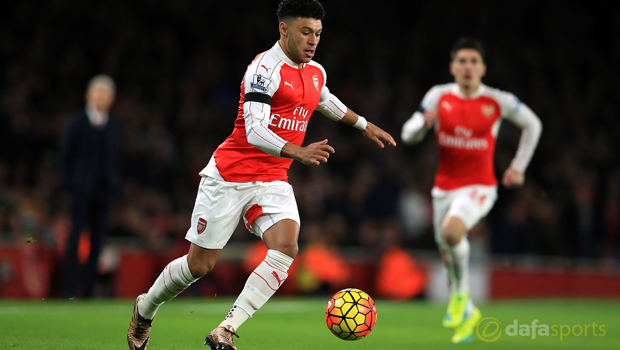 Former England midfielder Ray Wilkins says Alex Oxlade-Chamberlain needs to consider leaving Arsenal this month if he wants to go to Euro 2016 in the summer.

Oxlade-Chamberlain has completed 90 minutes on just two occasions this season in the Premier League and has been linked with a move to Chelsea.

Wilkins, himself a former Blues midfielder, says the 22-year-old should be seriously considering his future with a view to the European Championships in France and ensuring he is part of Roy Hodgson’s squad.

“I would say to Oxlade-Chamberlain: leave, because he needs to be playing football,” Wilkins told TalkSport.

“We’ve got these massive Championships coming up in the summer.”

Oxlade-Chamberlain has scored five goals for England to date in his 24 appearances. He appeared in seven of England’s ten qualifying games for Euro 2016, scoring once.

Wilkins say he feels Oxlade-Chamberlain is more suited to a central role and believes he should be ahead of Theo Walcott in the reckoning for both club and country.

“He’s very positive and he’s quick. I think you could even play him in a midfield three because he can go past people,” Wilkins added.

“He’s a super young player and I like him immensely.

“People use to vie him against Theo [Walcott], but my preference is Oxlade-Chamberlain.”

At Arsenal, Oxlade-Chamberlain faces stiff competition for a starting place with the likes of Mesut Ozil, Aaron Ramsey, Alexis Sanchez and Santi Cazorla all vying for midfield berths when fit.

England will face Wales, Russia and Slovakia in Group at the Euro 2016 Finals in France.

The Three Lions are priced at 2.20 to win their opening game against Russia on Saturday June 11 and they are available at 13.00 to win Euro 2016 outright.