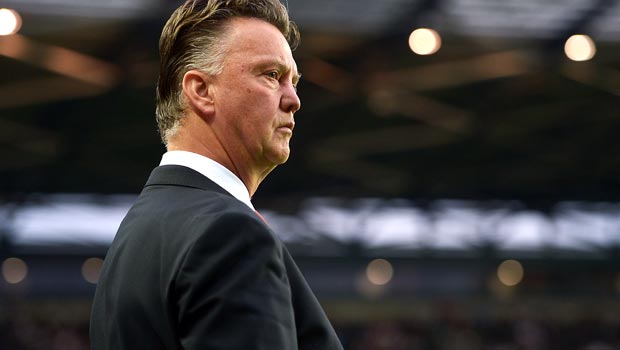 Louis van Gaal has admitted he has a “massive” job on his hands at Manchester United but he does not regret taking over at the “number one club in England”.

The Dutchman was wanted by Tottenham earlier in the year as they looked for a replacement for Tim Sherwood and Van Gaal was believed to be keen to take over at White Hart Lane until the vacancy at Old Trafford arose.

As soon as David Moyes was sacked towards the end of last season, Van Gaal was hotly tipped for United and the former Netherlands boss says he is glad he chose the post.

“No, I don’t regret taking this job,” he told the Daily Mirror. “Yes, it is a massive job I have taken on at Manchester United. I realise that.

“And the situation is not worse than I thought – I knew what I would find on my plate.

“I could have opted for an easier job. If I had gone to Tottenham, the job would not have been as enormous as here at United. I could have easily gone to Spurs.

“But I chose the biggest challenge of all the jobs in football. And I really wanted to join the number one club in the country, not Tottenham.”

Van Gaal has yet to win a competitive game in charge of United as his side have struggled to adapt to his preferred 3-5-2 formation.
An opening-day defeat at home to Swansea has been followed by uninspiring draws at Sunderland and Burnley, while the 4-0 Capital One Cup defeat at League One side MK Dons was a real shock.

However, United and Van Gaal will expect to finally get their first three points of the season when they host promoted QPR after the international break on September 14. United are 1.27 to win, Rangers are 10.38 outsiders and the draw is 5.27.

United have spent big to try and secure a return to the top four this season and new signings Angel Di Maria, Radamel Falcao, Marcos Rojo and Daley Blind will all hope to make an impact against Harry Redknapp’s side.