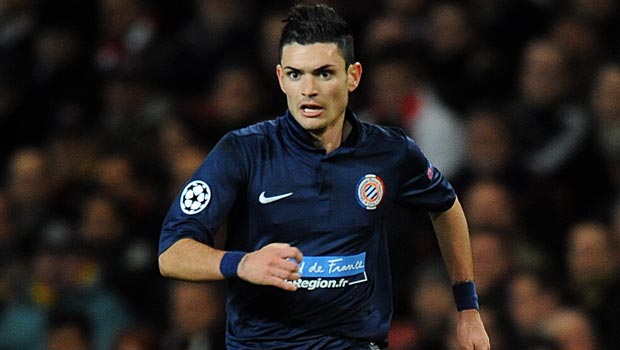 Montpellier president Louis Nicollin admits that he expected Remy Cabella to link up with a Premier League side but he has questioned his decision to join Newcastle.

Magpies boss Alan Pardew has been one of the more active managers in the league this summer, signing five players with a sixth expected to be confirmed in the coming days.

Pardew felt that his squad was screaming out for reinforcements following the capitulation in the closing stages of last term.

The north east outfit have secured deals for Siem de Jong, Jack Colback, Ayoze Perez, Emmanuel Riviere and Cabella.
Daryl Janmaat is understood to be on the verge of completing a switch from Feyenoord but that is not expected to be finalised until Mathieu Debuchy joins Arsenal.

Cabella has agreed a six-year deal with the St James’ Park outfit but Nicollin believes it was a strange decision to choose Newcastle over other possible suitors.

Nicollin said: “He wanted to go. I wasn’t happy, but I told him, ‘Congratulations’.

“In England, there is Arsenal, Manchester City, Manchester United, which are above Newcastle, but Newcastle is a club with a lot of French. He likes them, so great.

“Personally, I would not go to Newcastle. But hey, I’ll see him when he plays against a club in London!

“He has what he wants, fine, we’ll see. But in any case, he has the ability to succeed in England, that’s for sure.”

Newcastle, who are priced at 4.86 to win on the opening day, get their Premier League campaign underway by welcoming defending champions Manchester City to St James’ Park on August 16.