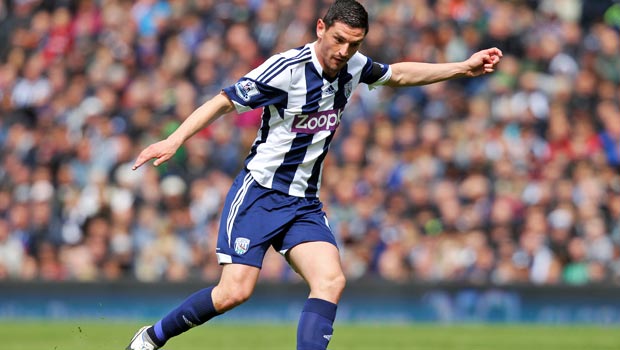 Graham Dorrans is aiming to become a big part of the West Brom team next season after he agreed to pen a new three-year contract at the Hawthorns.

The 27-year-old Scotland international midfielder, who joined the club from Scottish side Livingston in 2008, already had a 12-month option activated on his current deal earlier in the summer. However Dorrans has decided to sign a new contract to keep him on board until summer 2017.

He endured a mixed campaign last term having struggled for the first half of it under then manager Steve Clarke before his dismissal in mid-December.

The arrival of Spanish tactician Pepe Mel in January coincided with an upturn in fortunes for Dorrans as he finished the season with 14 appearances under his belt and added goals against Cardiff and eventual champions Manchester City.

Mel has since been replaced by Alan Irvine but Dorrans, who featured in Albion’s 2-1 friendly win against Shrewsbury on Tuesday night, is determined to become a mainstay in the side next term as the club look to improve on their 17th-placed finish last season.

He said on the West Brom website: “It’s been a good six years and that’s the reason why I’ve signed the extension. I’m looking forward to getting going now for the new season.

“It was a difficult start for me last season but it was about getting in the team and staying in there, that’s what I’m hoping to do again this year.

“I’m aiming to get in at the start of this season and stay in the team for the rest of the campaign.”

The Baggies are 3.80 to be relegated next season, while they are 2.22 to win their season-opening game against Sunderland on August 16. The Black Cats are 2.97 to win and the draw is 3.20.