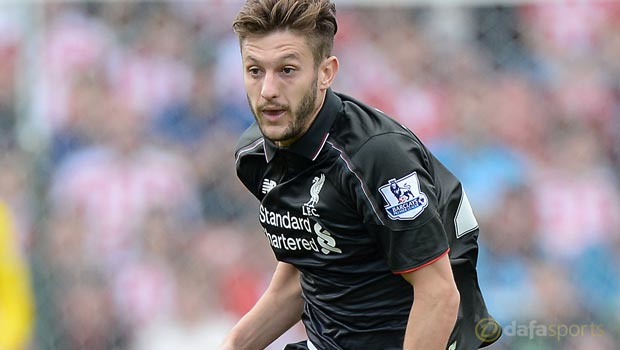 Adam Lallana believes he is ready to show his best form for Liverpool this season after benefiting from an injury-free summer.

The England international sustained a knee injury shortly after his move from Southampton last summer that delayed his full Reds debut until mid-September.

The 27-year-old endured a mixed season overall as he struggled with a series of niggling injuries. However, Lallana has played a full part for Brendan Rodgers’ side this summer and began the opening-weekend win over Stoke in a wide attacking position.

Lallana faces stiff competition from the likes of Roberto Firmino, Philippe Coutinho, Jordon Ibe and Lazar Markovic for a regular place in the Reds’ side this season but he is confident he can impress.

“I am in great shape at the minute. I have not missed a training session or a game to date and I feel I’ve massively benefited for that,” he told LFCTV GO.

“Any professional will tell you being on the treatment bed is not any good for you as when you are away from the group it is not easy to integrate. I want to have a good season and do well and add more goals to my game and I feel if I stay fit and out on the pitch then that is what I’ll get.

“I’ve set myself personal targets and I will just be looking to contribute as much as I can towards the team.”

With Liverpool back in the Europa League this season, Lallana knows there is the need for a big squad at Anfield and he is pleased with the players Rodgers has at his disposal.

He added: “It could be a 60-game season and I feel we have a great squad. The competition for places keeps everyone on their toes and no-one should be guaranteed a place in the team.”

Liverpool are in action on Monday when they host Premier League new-boys Bournemouth. The Reds are 1.40 favourites to win, with the Cherries available at 8.00 and the draw at 4.50.