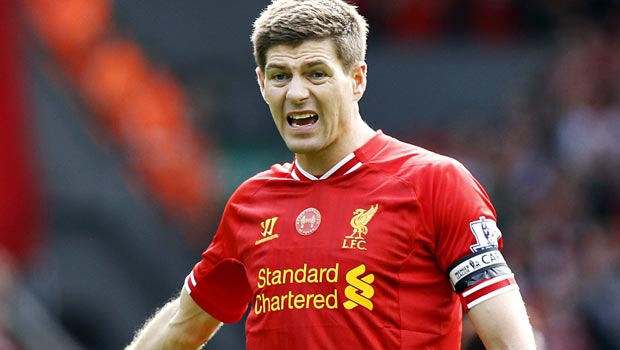 Liverpool captain Steven Gerrard is treating this Sunday’s Premier League trip to Norwich City like the 2005 Champions League final against AC Milan as he seeks to end the club’s 24-year league title wait.

The England midfielder has played an instrumental role in the club’s current 10-match winning streak which has left them top of the Premier League table, two points ahead of Chelsea, and four wins away from lifting a first championship crown since 1990.

Sunday’s clash against third-placed Manchester City was billed as a title decider with many outsiders believing that Brendan Rodgers’s side are now set to win the title having won the game 3-2.

However Chelsea still have to come to Anfield, while Gerrard has opted to keep focused on the side’s next match against struggling Norwich at Carrow Road this weekend which he claims is now their most important game.

Comparing it to the 2005 Champions League final against AC Milan when Liverpool came back from 3-0 down at half time to draw 3-3 and then went on win on penalties, he said: “We have to treat Norwich like we treated AC Milan in 2005.

“We have to forget what colour their kit is and the personnel wearing it and treat them as the best players in the world.

“We have to forget where we are and forget what we’ve done. We have to prepare for Norwich like it’s the last game of our careers.

“Every game is going to get bigger and bigger because we are getting close to that last game of the season.