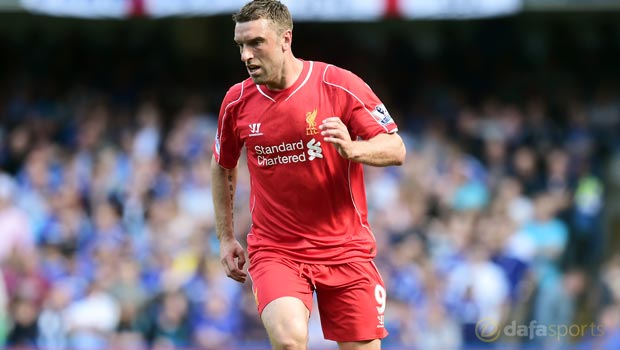 Liverpool striker Rickie Lambert is on the verge of a £3m move to West Bromwich Albion.

The England international is expected to complete his move to the Hawthorns in the next 24 hours, subject to passing a medical with the Midlands outfit.

Lambert joined the Reds from Southampton a year ago but failed to win a place in Brendan Rodgers’ first team. He scored just two Premier League goals for Liverpool last season and with new arrival Christian Benteke and a fit-again Daniel Sturridge on the premises, the 33-year-old was likely to play a bit-part role once more on Merseyside.

Baggies boss Tony Pulis revealed he was close to securing a deal to bring Lambert in when he spoke to the Birmingham Mail.

“It’s very important that we get players who will score goals. Rickie’s got a great goal-scoring record.
“From what I can gather from people at Liverpool, his fitness levels are very, very good, and he is desperate to play football,” said Pulis.

The West Brom boss is not concerned with Lambert’s lack of action at Liverpool and feels he can get him back up to speed quickly.

“He didn’t play last year so it’s like bringing a brand new car out of the garage if we did sign him. Just putting a bit of petrol in it and letting it run,” added Pulis.

Prior to his move to Liverpool, Lambert had scored 28 Premier League goals in two seasons for Southampton but started just seven times in the league under Rodgers at Anfield last season.

West Brom are 4.50 to be top Midlands club in the Premier League next season, with Stoke City 1.91, Leicester City 5.00 and Aston Villa available at 5.50.