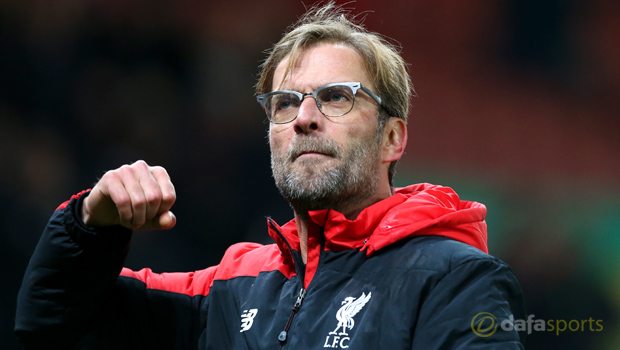 Liverpool manager Jurgen Klopp admits he may need to delve into the transfer market this month after the club picked up three more injuries.

The Reds managed to defeat Stoke City 1-0 at the Britannia in the first leg of their League Cup semi-final clash, but the result came at a big cost on Tuesday night.

Brazil international Philippe Coutinho, Croatian defender Dejan Lovren and Ivorian Kolo Toure all picked up hamstring problems in the match to leave the squad short in the defensive department.

Liverpool currently have no fit senior centre-halves, with Martin Skrtel and Mamadou Sakho also on the sidelines.

The busy festive period, along with the high-intensity style under Klopp, looks to be taking its toll on the squad and the German concedes reinforcements are needed.

“This is something we have to think about,” he said. “Two weeks ago we had three centre-backs, which is a good situation, and the season started with five – but now it is zero.

“It is a strange feeling because on one side it is very, very good then we have these injuries.”

Reports have already linked the English side with a move for Borussia Dortmund’s Mats Hummels, while his team-mate Neven Subotic is also being touted for a possible switch to Anfield this month.

Liverpool return to action on Friday in the FA Cup third round and Klopp may have to promote some of the youth players for the away clash at Exeter.

The visitors are heavy favourites at 1.40 to pick up the victory, the draw is priced at 4.50 and the hosts are big outsiders at 7.00.