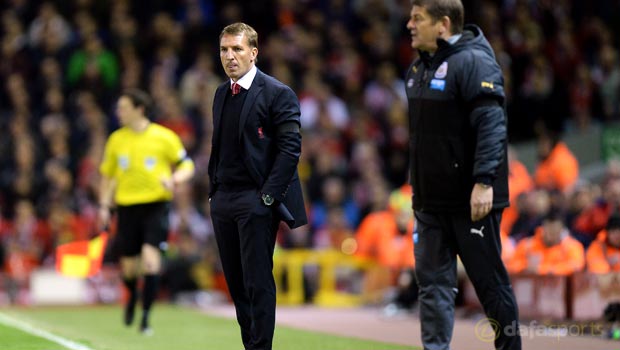 Brendan Rodgers is refusing to give up on his side’s chances of earning a top four finish this season.

The Liverpool manager watched his team dispatch Newcastle 2-0 at Anfield on Monday night and afterwards declared that Manchester City’s recent troubles have opened the door for Liverpool to get back into the race for a top four finish.

The Reds 2-1 defeat to Manchester United in their previous home game coupled with a thumping loss at Arsenal appeared to have dealt a fatal blow to those hopes but City have now lost two games in succession allowing Liverpool close to within four points with six games remaining.

According to Rodgers that is enough for his players to retain the belief and keep pushing until the end.

“We knew we had to win. Manchester City have maybe opened up the door for the teams below but for us we’ve still got to win our games,” said Rodgers.

“The teams above us are obviously in the advantageous position but if we win our games and, importantly, perform well then we’ll see what happens.”

Aside from a trip to Chelsea in May, Liverpool do not face any of the sides currently in the top nine between now and the end of the season.

Rodgers says they must put points on the board and hope for more help from Manuel Pellegrini’s team.

“In the last five games of the season there are still so many twists in it yet. As long as we can win the games it keeps putting pressure on the teams above us.”

Liverpool are in FA Cup action this weekend when they face Aston Villa for a place in the final at Wembley.