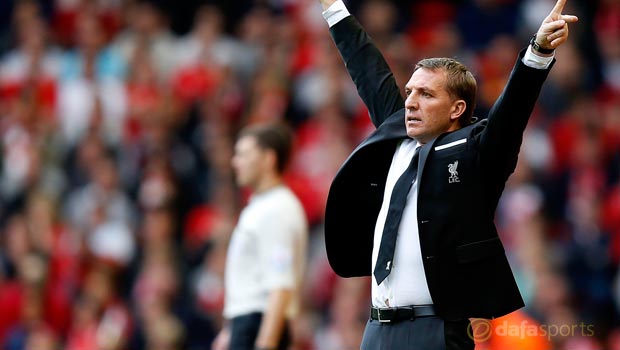 Liverpool manager Brendan Rodgers says he will not be put off doing his job at Anfield by the critics that want him out of his post.

Rodgers said he felt there has been “hysteria around the club” in light of some poor recent results but that he remains focused on doing his job.

Liverpool relieved some of the pressure on their manager with a 3-2 home success against Aston Villa on Saturday.

Daniel Sturridge capped his second start since returning from injury with a brace after James Milner had fired the Reds in front after just 64 seconds.

Rodgers paid tribute to his players for managing to shut out the side-show that was going on in the run up to the game.

“The players gave everything – I am proud of them. There was a lot of focus on them but we handled it very well. We looked creative and dynamic,” he said.

The Northern Irishman admits the scrutiny is part and parcel of life as Liverpool manager and he is determined to keep working hard in his position.

“It doesn’t affect us. We’re working hard and trying to integrate players back into the team. We have some top players to come back in,”
he added.

“There is a group of people that don’t want me here. Myself and the players stay very calm and work very hard.”

Rodgers defended his record so far this season, pointing out that the Reds have suffered less defeats than Manchester City, Chelsea and Arsenal in all competitions so far in the new campaign.

Liverpool are 3.50 to finish in the top four this season with Tottenham available at 7.00 after they thumped Manchester City 4-1 at White Hart Lane.