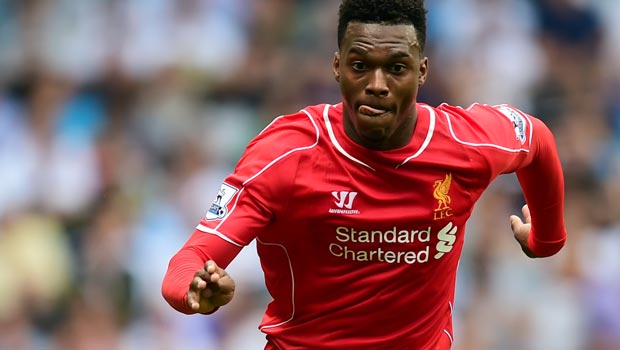 Liverpool boss Brendan Rodgers is hopeful of being handed a massive boost by the end of the month, with star striker Daniel Sturridge finally closing in on a return to action.

The England international, who scored 21 times in the Premier League last season as the Reds narrowly missed out on the title, has been restricted to just three appearances so far this term due to nagging thigh problems.

However, Rodgers is relishing the prospect of having Sturridge back in the fold come the end of January, with his side having found some form in winning four of their last five league games to reignite their hopes of securing Champions League football next season.

He told his club’s official website: “It has obviously been very difficult for us, because he is a top-class player and he has been out since August.

“But he is working very hard on his rehab and we’re hoping that somewhere near the end of this month he should be back.”

In the absence of both Sturridge and Luis Suarez, who left for Barcelona in the summer, Steven Gerrard is the leading scoring for the Reds in the league this season with five, three of which have come from the penalty spot.

Attacking trio Mario Balotelli, Fabio Borini and Rickie Lambert have managed a mere three league goals between them, with Balotelli having not yet opened his Premier League account for the club.

The Reds are currently preparing for a busy period of cup football, as they take on Chelsea in the semi-finals of the Capital One Cup, as well as hosting Bolton Wanderers in the FA Cup fourth round.

Liverpool are priced at 8.50 to lift the FA Cup this season, while they can be backed at 4.70 to win the Capital One Cup.