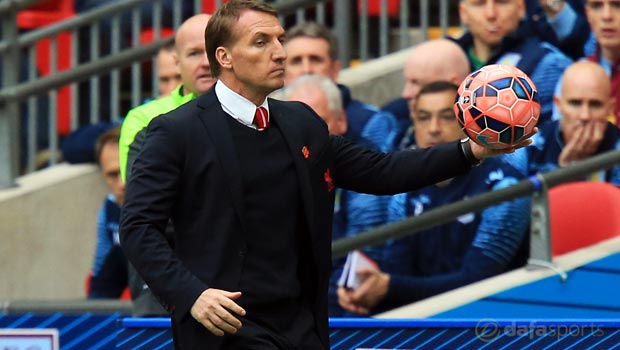 Liverpool boss Brendan Rodgers has accepted that the occasion of the FA Cup semi-final at Wembley got to his players as they succumbed to a surprise defeat to Aston Villa to see their trophy hopes go up in smoke.

The Reds were never at the races against Tim Sherwood’s rejuvenated side, despite taking an undeserved lead through Philippe Coutinho after half an hour.

Villa turned the match on its head with Christian Benteke equalising after 36 minutes before Fabian Delph put them in front nine minutes into the second half, and were perhaps wasteful in front of goal, missing chances to secure the win.

Despite some late pressure from Liverpool, the Midlanders held on to book their first FA Cup final place for 15 years, and Rodgers was left wondering what might have been, having also fallen at the semi-final stage of the Capital One Cup.

“We were nervous for some reason. Maybe when you want to win something so much, perhaps it plays on your mind,” he said. “Dealing with the occasion is something we need to improve at.”

Rodgers did point to an incorrect offside decision that chalked off a Mario Balotelli goal but accepted that his players had been “too passive” throughout the contest.

Liverpool now have to focus their efforts on clawing back what currently is a seven-point deficit to the top four in their remaining six games of the season, as they try and salvage a Champions League qualification place from a disappointing campaign.

Last season’s runners-up are currently priced at 5.50 to finish in the top four but do have a relatively comfortable-looking run-in, barring a trip to champions-elect Chelsea, as well as a game in hand on both Manchester clubs.