Lionel Messi returns to PSG with a goal 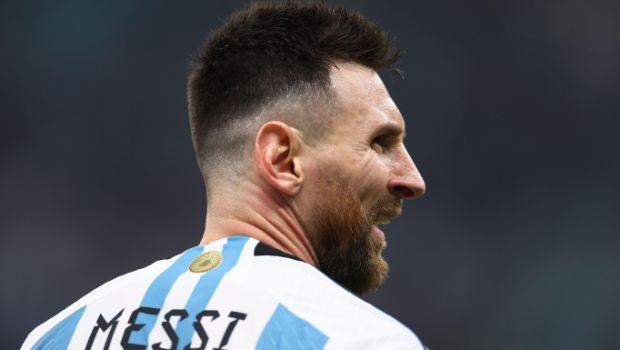 After leading Argentina to 2022 FIFA World Cup success, Lionel Messi scored on his return to action for Paris Saint-Germain on Wednesday night against Angers.

The Argentine World Cup winner helped his team secure three points in their Ligue 1 encounter at the Parc des Princes.

Angers came into the clash rock bottom of the table. They battled for at least a point throughout and could not break through.

With this win, PSG have extended their lead at the top to six points after 18 games.

Paris Saint-Germain went into the lead through Hugo Ekitike in five minutes.

Messi sealed the result with a composed finish.

This was a game they didn’t need to get out of third gear, and the job was done.

Due to the absence of Kylian Mbappe, who was left out of the matchday squad, Ekitike continued in his place in the frontline and delivered.
In a match that was a low-key affair, the hosts were in control and came out firing in the early exchanges.

The opening goal was from the combination between Neymar and Nordi Mukiele. Their interplay down the right opened the door for Ekitike to sweep home the opener. This is his third goal in as many games.

Sergio Ramos almost doubled their lead in the first half, only for him to be denied from point-blank range by an excellent Paul Bernardoni.
The visiting goalkeeper was called into action again from Messi’s fierce drive.

Angers changed some players after the break, and got more of the ball.

Due to their possession, they tried harrying their hosts out of control, but PSG profited from the increased space opening up in the visiting half, as Neymar, Messi, Vitinha, and Fabian were afforded more time on the ball.

Messi, on the 74th minute, combined with Mukiele once more to send the Argentine one-on-one with Bernardoni, and he made no mistake putting the ball into the net.