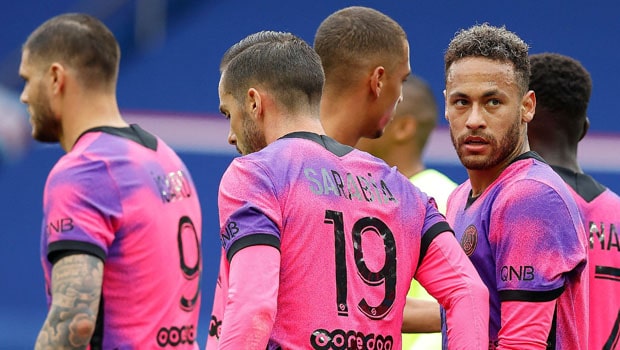 PSG summed up their bad week with a 1-1 draw against Rennes on Sunday as they are now three points behind Lille on the Ligue table with just two matches left to play.

LOSC Lille won their game against Lens as Burak Yilmaz continued his goalscoring form with a double in the derby.

The Turkish striker did the damage against the host opening his account from the penalty spot before scoring from another superb long-range effort that took his season tally to 15. Juventus talisman Cristiano Ronaldo only betters his record among players of age 35 and above in Europe’s top five leagues. Jonathan David later sealed the win.

This could decide where the 2020-21 Ligue title will go. Having emerged winners from what many considered to be the toughest challenge of their season run-in – away to bitter derby rivals, an emphatic 3-0 win put all the pressure on chasers PSG, who played two days later.

The last time Lille lifted the trophy was in 2013. Lifting it will break the monopoly of the Paris millionaires. All they need to achieve that is a win and a draw from their remaining two games.

They will be the sure favourite against both Saint-Etienne and Angers in their last two matches of the season. But they have to be wary of the former that held Olympique Marseille to a draw last week.

The Paris club had been knocked out of the UEFA Champions League by Manchester City, stopping them from reaching their second final after last year’s success.

The capital club will have themselves to blame, having got into the lead through Neymar, who made no mistake from the penalty spot on the stroke of halftime, only to surrender it in the 70th minute to Serhou Guirassy’s strike. This was not a good present to Neymar, who recently extended his stay at the club.

Les Dogues will be hoping PSG further slip against Reims and Brest in their remaining two games, but it’s unlikely, judging from their quality against such oppositions.

The Paris club will put the league issue aside as they prepare for Wednesday’s Coupe de France semi-final away to Montpellier before hosting Reims at the Parc des Princes in Round 37.

Before traveling to Brest on the final day of the season, PSG will hope that Lille loses at least one of their remaining two games to keep their title hopes alive.

Will this happen? Time will tell.