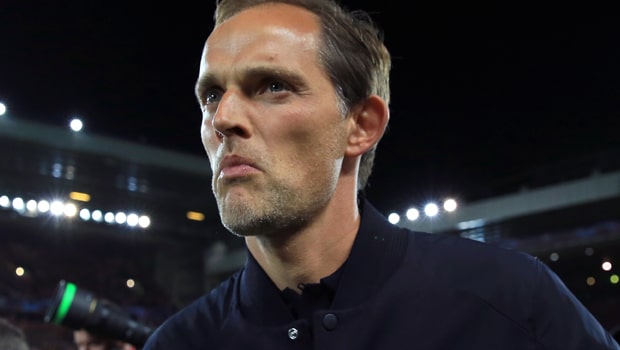 Paris Saint-Germain boss Thomas Tuchel is waiting to hear about the severity of the injuries picked up by Kylian Mbappe and Neymar on Tuesday night.

The forwards played for their respective countries during the international break but injury issues may now affect PSG’s plans for their Champions League encounter against Liverpool.

Neymar started for Brazil against Cameroon in Milton Keynes but lasted just eight minutes before leaving the field with a groin problem.

Selecao coach Tite refused to discuss the issue but team doctor Rodrigo Lasmar insists he is not too worried.

“He came off complaining of pain,” Lasmar said.

“He felt a discomfort, he will need a bit more time to evaluate it and take a scan, but in principle, it is not a serious injury.”

His comments were echoed by Neymar who took to Instagram to play down any fears, but PSG are still waiting for test results.

They are also waiting to see if Mbappe can play against the Reds on November 28 after he suffered a shoulder injury in the 1-0 win over Uruguay.

He jumped to avoid contact with Uruguay goalkeeper Martin Campana and went down in pain, forcing coach Didier Deschamps to substitute him. “He has a sore shoulder, he’s fallen badly,” Deschamps said at half-time.

“He will have to see after with the medical staff. I hope it’s not bad.”

Both men will be pushing to get back for the European clash at the Parc des Princes next week. PSG’s home advantage makes them 2.40 favourites, with the draw 3.60 and Liverpool 2.80.