Mauricio Pochettino on his position at PSG: “I’m feeling the club’s support

Posted by OLADIPUPO MOJEED on December 7, 2021 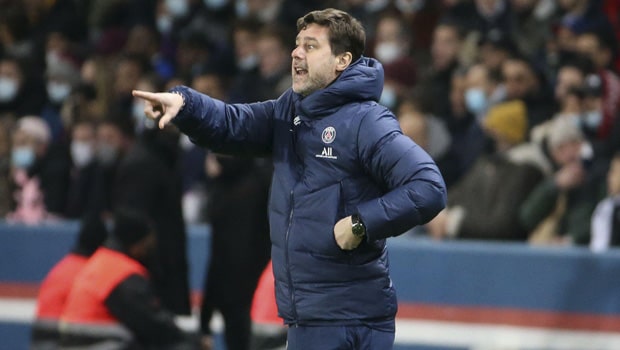 PSG manager Mauricio Pochenttino is speaking to the press ahead of his side’s reception of Club Brugge tomorrow as speculation about his future as the club’s manager following the dismissal of the sack.

In a bid to quell all the links of Manchester United, although the club already appointed Shepherd, the manager has not come out himself to address the situation.

Speaking with  L’Équipe, the Argentine expressed optimism about the rest of the season to come.

The former Spurs manager has so far guided the club to the summit of the local league. So far in this season, PSG have suffered from two straight draws in the league and a string of uninspiring performances.

Although, they are currently topping the group with the knockout tickets booked with Manchester City.

Feeling good about the season so far, the former Southampton manager said he is calm and excited bout working in an organisation that is aware of the work we are putting in.

He expressed another optimism, adding that all the staff knew the process he set out.

Speaking on the performance of the team, the coach said everyone could see what’s happening on and off the pitch concerning the adaptation, communication, and the links being created.

He also pointed that in a club like PSG, which is among the top clubs in Europe, rumours are part of our life.

Now to team news, Sergio Ramos will be out of action for PSG’s final group stage match against Club Brugge.

This is following the latest announcement from Paris Saint-German. The club said that the Spaniard is still struggling with the injury setbacks that have massively reduced his playing time at the club he joined this summer.

The club further announced that the former Real Madrid captain is continuing his recovery after missing the match against Lens due to muscle fatigue.