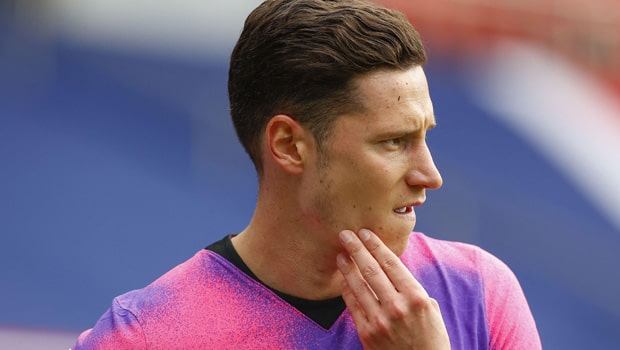 It is no longer news that creative midfielder Julian Draxler has signed a new contract with Paris Sainte-Germaine, but the German has promised the club fans that they will see the “best Draxler of all time”.

The German recently extended his contract with the French champions until 2024. This is coming few days after Neymar extended his stay at the club till 2025. Draxler, who linked up with the club from Wolfsburg in January 2017, has won 11 major titles, including three Ligue 1 Uber Eats titles.

However, the feeling is not within the player himself, who believes that the capital club is yet to see the best of him. This could be due to the injury struggles this season that forced him out 12 games this season. Despite missing those games with a hamstring injury, he has contributed four goals and seven assists in all competitions for the capital club. The club has deemed it fit to extend his stay for three further years, rather than losing him for free this Summer.

He had been linked with some other top clubs in Europe. They were expecting the Paris club not to offer him a new deal, but it turned out to be otherwise. The club could also look at the financial constraints clubs face due to the COVID-19 pandemics, which has affected clubs’ finances. So, giving him another contract is the right decision as the club might later decide to sell him and get something from the business.

Speaking on the latest development via the club’s website, Draxler, who has been getting some minutes after returning to action, said it’s important to keep up the pace and play every week.

Feeling very good about the new deal, Draxler expects PSG to have a better pre-season this Summer than last year, where COVID-19 and tight schedules restricted clubs.