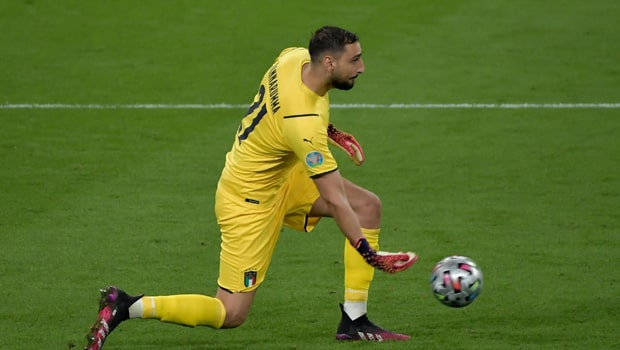 Paris Saint-Germain’s new signing Gianluigi Donnarumma has said he is ready to take on the new challenge at the top club.

The former AC Milan goalie left the club as a free agent after deciding not to renew his contract at San Siro, where he started his career as a 16-year-old goalie. His main reason has been sporting – he wants to join a club where he would record success.

Donnarrumma is going into the Ligue 1 side on the back of his recent success at the European Champion, where he helped Italy to pip England to the title on penalties after he stopped three spot-kicks.

The 22-year-old has now signed for the Paris club until 2026. Donnarumma,  who was also named the best player at the UEFA EURO 2020, is a big coup for PSG to lure the European champion on a free transfer. They also did with Spanish defender Sergio Ramos and Dutch midfielder Georginio Wijnaldum, who ran down their Real Madrid and Liverpool contracts, respectively.

Speaking after joining the club, the goalie expressed his delight over the move and continued to grow there. He aims to win as much as possible with PSG and give the fans plenty to smile about.

Donnarumma is likely to dislodge Keylor Navas to the number one shirt at the club. He can dislodge the Costa Rican, who witnessed a similar issue at Real Madrid. The Galacticos had to sign Thibaut Courtois, who eventually became Madrid’s number one.

Navas could head out of the club again searching for first-team football at the Italian is likely to be given the nod by Mauricio Pochettino.

PSG will be going into the season on the back of losing the Ligue 1 title to Lile on the last day. With the latest addition, PSG has made itself a team to beat.