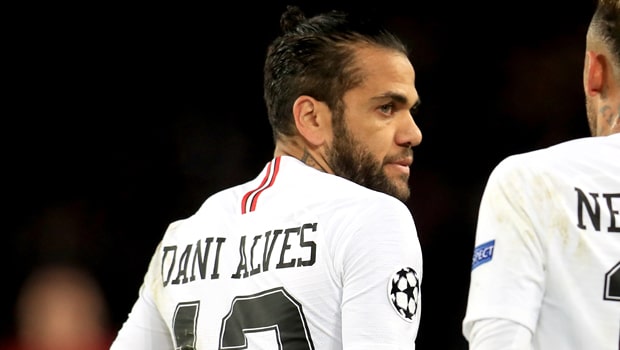 Paris Saint-Germain right-back Dani Alves has confirmed his departure from the club after two seasons in France.

The Brazil international is currently away on international duty at the Copa America, helping Selecao beat Peru 5-0 on Saturday to reach the quarter-finals. Alves captained the side and scored during Saturday’s success, and he took to social media after the game to reveal his next move.

“Today I close another cycle in my life, a cycle of victory, learning and experiences,” Alves wrote on Instagram.

“It was two years of resilience and continuous reinventing to fulfil my mission, but in life everything has a beginning, a middle and an end and now the time has come to put that final point here.”

The 36-year-old is one of the most decorated defenders of all-time in European competitions with nine medals. The former Sevilla, Barcelona and Juventus ace has now decided to become a free agent, with a switch to the Premier League a possibility.

Alves made 48 Ligue 1 appearances since 2017, winning two league titles and one French Cup during his time in Paris. PSG boss Thomas Tuchel will now be determined to keep hold of Thomas Meunier as he tries to improve his team’s European fortunes.

PSG failed to win the Champions League once again last year, and are 9.50 to get their hands on the trophy in 2020.