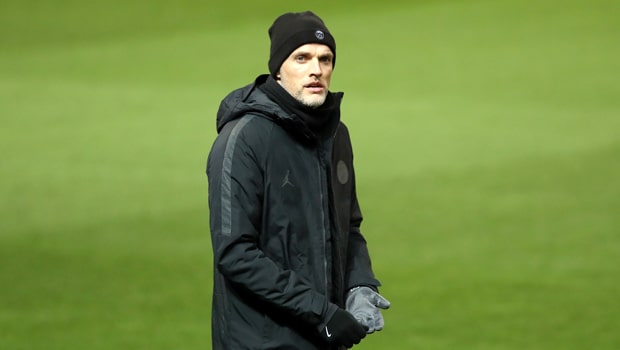 Barcelona, who was all out for Paris Saint-Germain forward Neymar during the transfer window are looking to replace Ernesto Valverde with Thomas Tuchel.

Ernesto Valverde and his Barcelona team are not currently having the best opening of the season they are hoping for as they are currently outside of the top four after only winning twice, scoring 12 goals but conceding seven.

The Barcelona team have not been able to grind out results convincingly as they’ve been leaky in defense as well as missing the magical feet of their Argentine wizard Lionel Messi.

Messi, however, returned for his team in their goalless draw against Borussia Dortmund in their Champions League opener.

Fans of the Catalan club are also not a fan of Ernesto Valverde’s playing style which is sometimes unpredictable and too defensive at times.

However, according to reports in France via The Guardian, Barcelona hierarchy is considering replacing Valverde with Paris Saint-Germain boss Thomas Tuchel.

The 46-year-old’s coaching style and tactics have caught the eyes of Barcelona’s chiefs as they believe his philosophy fits the style and pattern which the team must be built.

Thomas Tuchel, who joined Paris Saint-Germain from German side Borussia Dortmund, had impressed at the French capital ever since joining them in 2018.

Tuchel, who played as a defender during his playing days, recently masterminded a 3-0 victory over Spanish Giant Real Madrid in their Champions League clash without his star forwards Neymar, Kylian Mbappé and Edinson Cavani.

With Barcelona not known for sticking to a manager for too long, it won’t come as a surprise if they part ways with Ernesto Valverde and appoint Thomas Tuchel as the new manager.

Thomas Tuchel won the DFB Pokal with Borussia Dortmund in the 2016/17 season, and has won one Ligue 1 as well as two Trophée des Champions for Paris Saint-Germain and will be hoping to add more laurels to his name this season.