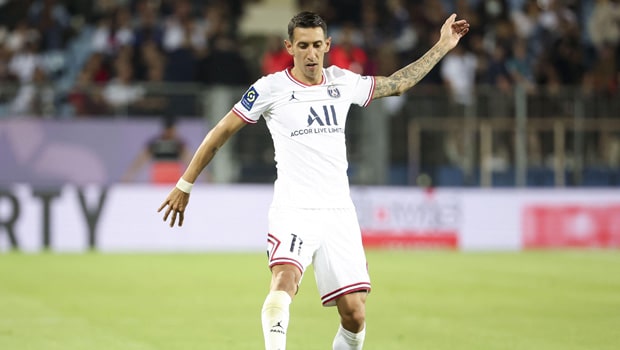 Due to the speculations surrounding the future of Kylian Mbappe, it is believed that it has overshadowed the fact that Argentine winger Angel Di Maria will also be leaving Paris Saint-Germain this summer.

The former Real Madrid winger will be embarking on a new challenge in Italy with Juventus as he prepares to depart Parc des Princes after seven years.

It is no longer news that Di Maria will join Juventus on a free transfer this summer; it has also been confirmed that he has agreed to a one-year contract at the Allianz Stadium.

Having spent the last seven years of his career with PSG, Di Maria had won a whole host of domestic trophies. Despite this feat, the club decided not to extend his contract beyond the summer.

Therefore, the 34-year-old will play his final game for the Ligue 1 champions against Metz on May 21. In June, he will become a free agent, with Juve poised to lure him to Italy.

It is expected that after impressing the Italian giants next season, they will have the option of keeping him for another year.

According to reports,  negotiations between all parties concerned have advanced quickly over the past 24 hours.

He has scored 92 goals in 294 appearances alongside 118 assists to his record.

Italia media further revealed that the 34-year-old attacker will earn €7 million net per year in Juve.

This type of deal means Juve cannot use the Growth Decree – a tax relief that only comes into effect over three years.

He had spent four seasons at Real Madrid, where he won a LaLiga title, the Champions League, and the Copa del Rey before linking up with Manchester United.

For his dedication to the Paris club, Di Maria will likely be remembered as one of the club’s best players in recent years.