No complacency from Leonardo Jardim 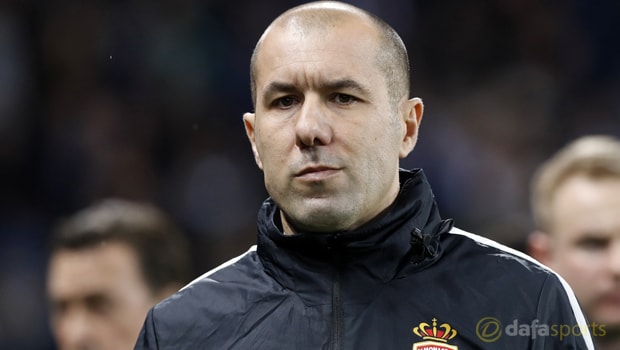 Leonardo Jardim has demanded focus from his Monaco players despite now only needing a single point to secure the Ligue 1 title.

Sunday saw Les Rouges et Blancs take another step towards the club’s first domestic crown since 1999/00, as they crushed Lille 4-0 at the Stade Louis II.

Anything but a loss against St Etienne on Wednesday would complete the job but it seems some of their players feel they are already there.

Speaking in the aftermath of Sunday’s game, midfielder Tiemoue Bakayoko said they had already won the title, a comment that left his coach less than impressed.

After the clash with Les Verts, Monaco travel to Rennes on Sunday and on paper it looks unlikely that they will slip-up enough to allow Paris Saint-Germain to sneak in.

However, Jardim is certainly not taking anything for granted and is understandably keen to ensure his players maintain their focus, having already missed out in the Coupe de France, the Coupe de le Ligue and the Champions League.

The Portuguese coach insisted in the aftermath of the triumph over Les Dogues that there was still plenty of work to do, admitting that his past experiences tell him they cannot become complacent.

“Before this match, there was a need for four points. Now we need a point,” said Jardim.

“On Wednesday, we have to score the points to win the championship. “I ask for a last effort and concentration.

I respect football, I am not here to laugh. “We saw Barcelona score three goals in three minutes [against PSG]. Always respect the opponent.

Yes, it is closer [the title] but nothing is finished.”