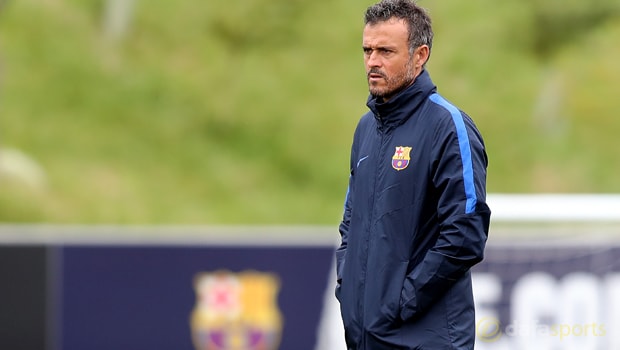 Barcelona boss Luis Enrique has warned Real Madrid they cannot take anything for granted in their remaining La Liga fixtures.

The Blaugrana maintained their position at the top of the table on the head-to-head rule with Sunday’s 4-1 win at Las Palmas, with Real matching that scoreline at home to Sevilla.

However, Los Blancos are front-runners to win the title due to them having a game in hand on their rivals.

Both of those are away though, with a trip to Galicia on Wednesday to face Enrique’s former club Celta Vigo before heading to Andalusia on Sunday to play Malaga.

A win and a draw would see them claim a first La Liga title since 2011/12 but there are sure to be doubts in their minds, especially with Barca having lost at both the Balaidos and La Rosaleda this season.

Enrique did little to cover this fact when discussing the title race following his side’s win in the Canaries.

With him confident his team will do the business at home to Eibar, he has warned Real that the title race is far from over.

Lucho told reporters: “Faith in Celta? I’m confident that Barca will beat Eibar, which is the key to us having a chance of winning the title.

“Still, we’ve lost in Vigo and Malaga and several times in Vigo…

“Tiredness ahead of two ‘finals’? Not in our case. I saw the team to be perfect. We’re in full swing, I’d say.”

As well as domestic matters, Real also have the Champions League final to think about and they are 2.60 to win in 90 minutes, with the draw in Cardiff on June 3 3.25 and the Bianconeri 2.88.