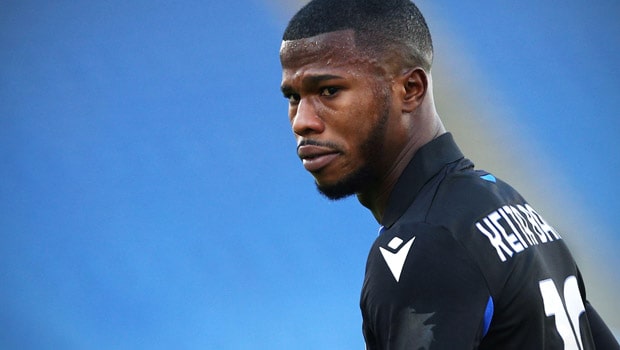 The transfer window has already opened, and some clubs have been doing some business. But the spotlight has been on the top clubs as they prepare for the new season.

Monaco, PSG, Lille and Lyon, are expected to beef up their squad ahead of the new season to see them involved in Champions League football.

For former Inter Milan striker, Keita Baldé who is under contract with AS Monaco until June 2022, the 26-year-old striker is yet to decided on his future.

After moving to the Ligue 1 club, he had found playing time hard to come by, leading to him being loaned out last season to Sampdoria, scoring seven goals in 25 Serie A appearances for Claudio Ranieri’s side. According to reports in France, the Serie A club is yet to decide whether or not to exercise the buy-out clause option, set at nearly € 10 million.

Keita-Balde, who also has 33 caps and five goals for Senegal, plans to offer his services to newly appointed Inter Milan coach Simone Inzaghi. He already had a relationship with him at Lazio.

According to information from La Gazzetta dello Sport that will be decided in the coming weeks. As it stands, Inter doesn’t need a striker with Romelu Lukaku and Lautaro Martinez getting the first team shirt.

Meanwhile, Ligue 1 champions could lose their talisman, Burak Yilmaz. The value of the 35-year-old Turkey captain had risen after leading Lille to the Ligue 1 title at the expense of PSG. He helped Lille to the title with 16 goals in 28 appearances in the league.

Apart from huge interest from AC Milan, he is also being monitored by  Fiorentina and AS Roma. Yilmaz has also scored 29 goals in 70 appearances for Turkey. The Rossoneri will need another striker that will beef up the squad in the season that they are returning to Champions League football.

Zlatan Ibrahimovic is already 40. His number of games will be less. Their attention moved to the Turkish captain after Chelsea unilaterally extended Olivier Giroud’s deal.