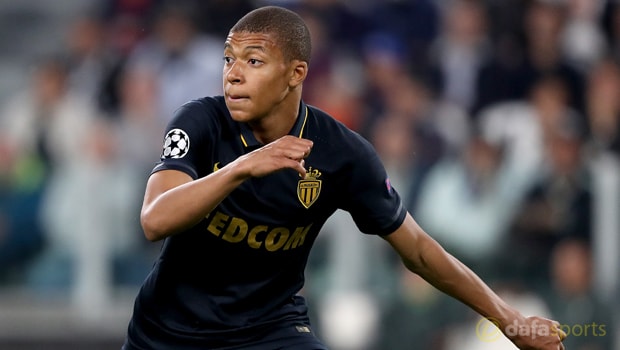 The 18-year-old burst onto the scene with Les Rouges et Blancs last season, scoring 26 goals in all competitions as the club secured Ligue 1 glory and reached the semi-finals of the Champions League.

The teenager also made his debut for France over the course of the campaign and his impressive displays have alerted the attention of a number of clubs, including Premier League trio Manchester United, Liverpool and Arsenal.

Mbappe’s future with Monaco remains unclear, but he has confirmed his main priority is to win trophies for whichever club he plays for, with the Champions League being his ultimate goal.

“[The Champions League] is a dream, a competition that everyone wants to win and that only a minority can win – the most important are the titles,” Mbappe told Telefoot.

“That would be much more of an obsession for me than the Ballon d’Or, for example.

I want to touch the stars and, when you dream, you do not dream of playing the middle of the table or maintaining it.”

Mbappe is expected to feature for France when they take on England in an international friendly at the Stade de France on Tuesday, with the forward still searching for his first international goal.