Juventus joins the race for Depay’s signature, Costa and Origi also on their radar

Posted by OLADIPUPO MOJEED on December 30, 2020 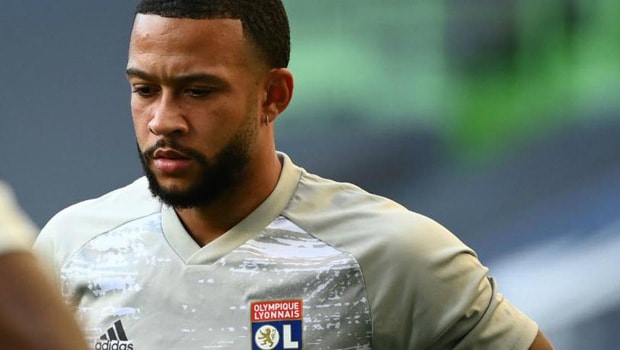 The Italian media, Tuttosport has said Juventus could land either Diego Costa, Memphis Depay, or Divock Origi in January.

The trio has been on Juve’s radar as they plan to score more goals by attacking to their attacking prowess.

If the Spaniard decides to link up with the Turin club, he will have the chance to reunite with Alvaro Morata, his former teammate when he was at Chelsea. The latter has settled into the team and form an excellent attacking partnership with Cristiano Ronaldo.

At Juventus, he is not likely to get the first team action ahead of the Euro 2020. So, he might decide not to join the Serie A champions. Costa has scored just two goals this season.

Meanwhile, Fernando Llorente might return to the Bianconeri from Napoli, creating an alternative for Morata.

The Turin based newspaper further suggested alternatives for Juventus such as Depay and Origi. Unlike his Liverpool counterpart, the Lyon forward is in the final year of his present contract.

Lyon might want to get some cash on the Dutchman who has been heavily linked with Barcelona. If Juventus comes with a fair offer, Depay might be sold to Juventus, as Lyon might not get up to 5 million Euros for him if he decides to leave in June.

Depay has scored eight goals and assisted four in 17 Ligue 1 games this season. Milan is also interested in the forward.

Origi has been struggling for minutes. His agents have been offering him to clubs all over Europe. Juventus could be interested in the Belgian forward too.

Despite not getting enough playing time at Anfield due to the solid partnership of Mohammed Salah, Sadio Mane, and Roberto Firmino, Liverpool are ready to release him on loan with an option to buy. Many clubs will be looking to sell fringe players during the transfer window, as many clubs are witnessing financial uncertainty due to the COVID-19 pandemic.