Posted by Ayotunde Omolayole on October 9, 2019 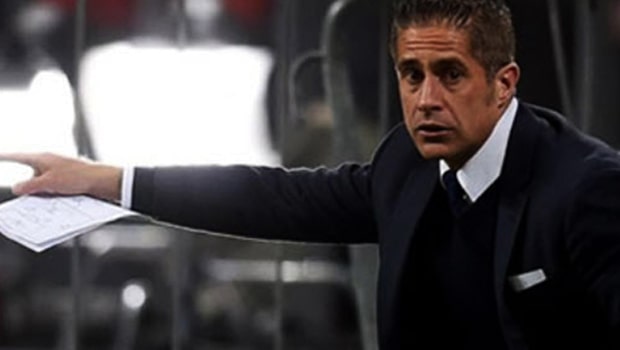 It’s the end of the road for Sylvio Mendes Campos Junior (Sylvinho) as Olympique Lyonnais Manager, whose time came to an end on Monday when the French top-flight club announced his dismissal.

Sylvinho paid the price for an awful run that had seen Lyon win only one game in their last nine matches in all competitions. The 1-0 derby defeat to bitter rivals Association Sportive de Saint-Etienne Loire is what seems to have broken the camel’s back. The loss was Lyon’s fourth of the league campaign, leaving them languishing in 14th place, 12 points adrift league leaders Paris Saint Germain FC.

Sylvinho, who is a former Arsenal FC player, was appointed Lyon Manager on 19th May 2019 as a replacement for previous Coach Bruno Genesio who left to go coach in China. The former Brazilian left-back will be disappointed not to have lasted longer in the coaching saddle of his first full Managerial job.

The drastic change in form in Lyon’s performances over the last few weeks pushed the hands of Club execs who showed no hesitation in showing the 45-year old Brazilian the door. It couldn’t have also helped the fans displeasure at the former Arsenal man, whose brand of football was deemed unattractive by a section of supporters.

It had been so different at the beginning of the French Ligue 1 season. Lyon started like a house on fire, beating AS Monaco 3-0 away on the opening day of the season before an emphatic 6-0 home thrashing of Angers SCO. Unfortunately, things went down for Sylvinho as his side succumbed to 4 defeats and two draws to leave them on a miserable 9 points from 9 games.

Lyon had, however, made a solid start to their 2019/2020 European campaign in the UEFA Champions League. Sylvinho guided his side to an impressive 2-0 away win over German side RB Leipzig to leave them on 4 points second in Group G. However, it seems his encouraging European form was not enough to save the Brazilian who was later relieved of his job days later.

Assistant Coach Gerald Baticle will take temporary charge of the team when they play against relegation strugglers Dijon FCO on Saturday, 19th of October.

Olympique Lyon are available at 1.38 to win Dijon FCO, while Dijon are set at 7.85 to emerge victorious