Gourvennec takes over from Galtier at Lille 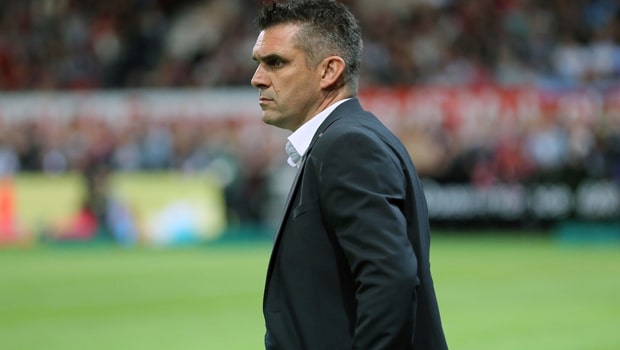 The gaffer returns to Ligue 1 Uber Eats after two seasons away from management. He is now taking over the most prestigious job of his career. The only announcement yet to be made is the duration of his contract.

His first top job was with Guingamp, having started his career with the amateur club La Roche-sur-Yon where he was successful. He got the club promoted to the Ligue 2 BKT in his first season in 2010-11 and took them to seventh place the following year.

Unfortunately, he couldn’t replicate such success with Guingamp as he took them to 16th position in Ligue 1 Uber Eats in his first experience in the elite division during a 2013-14 season. But he surprised all by winning the Coupe de France and progressed from the Europa League group stage the following season.

But since then, things have not been rosy for the 49-year-old coach. He joined Bordeu from Guingamp in 2016 but got sacked a year and a half later.

He could guide Guimgmp this time around from relegation on his second return in November 2018, leading to quitting his role once the championship was over.

He has now joined Les Dogues, who are back on the pitch for the pre-season preparation camp in the Netherlands.

Lille, in a statement, described Gourvennec as a coach known for his hard work, ambition, and obsession with performance – all these the club has in common. He will be presented at the club’s Luchin training center on Wednesday.

Meanwhile, his predecessor, Galtier, has taken over at OGC Nice to steer the project built by Ineos. If he wins the Ligue 1 title for the club, he will be putting himself in the history book.