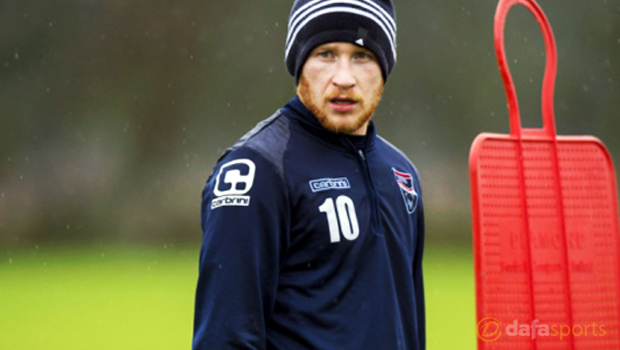 Ross County boss Jim McIntyre feels striker Liam Boyce has a great chance to force his way into the Northern Ireland squad for Euro 2016 in France.

Boyce has played his way into national team boss Michael O’Neill’s thoughts with a red-hot start to the season for Ross County in the Scottish Premiership.

The 24-year old striker has scored 17 goals already and hit the net five times in five games during the month of December to be named Player of the Month for his efforts.

According to McIntyre, if Boyce can maintain his momentum from now until the end of the season, he stands a great chance of being on the plane as Northern Ireland head off to a major tournament for the first time in 30 years.

“I think the Euros is a big carrot for Liam for the remainder of the season, and I am sure that will benefit Ross County,” McIntyre said.

“He has scored 17 goals in 24 games which is a fantastic return, and he has had plenty of assists as well. He is a key player for us.”

Ross County stunned Celtic at Hampden Park recently to reach the League Cup final while they are also into the last eight of the Scottish Cup following Saturday’s 4-2 win over non-league Linlithgow Rose.

Boyce came off the bench in the second half to set up Brian Graham and McIntyre says he has plenty strings to his bow.

“He is a clever player who can spot a pass as well, and he is playing in an attacking team,” McIntyre added.

“His key strengths are finding space in the box, and when he does that he generally scores.”