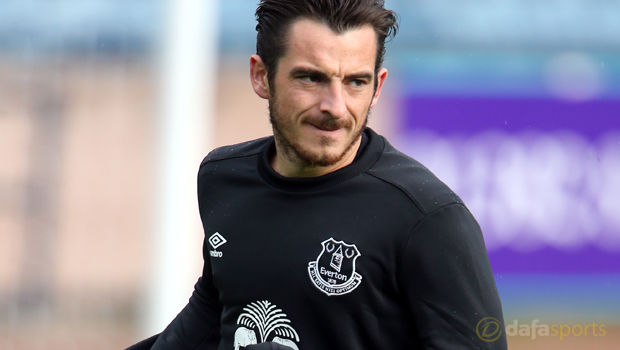 Leighton Baines is hoping a double dose of pre-season training will allow him to get back into the Everton first team sooner rather than later.

The full-back has yet to play for the Toffees this season after sustaining an ankle injury in training on the eve of the new campaign.

While many of his teammates are away on international duty, Baines was set to play in a behind closed doors friendly on Wednesday afternoon.

He is keen to take the next step on the journey back to first team action.

“Hopefully (the game) is another box ticked towards getting some more football fitness and some more confidence back in the ankle,” he told evertontv.

“It’s been a while – I played that one 90 minutes against Villarreal, which was the only one I have had in the last six months.”

While most footballers dread the thought of returning for pre-season training, Baines says he has essentially gone through the process twice now – something he hopes will stand to him in his return.

“I have done two pre-seasons, if you like, with the little break between for the surgery.

“I feel really fit in that sense but you have to get football fitness and match fitness, so that’s the process we are in at the moment,” he said.

With Everton not in action again until November 21st, Baines is hoping he can fast track his way back into Roberto Martinez’s plans.

“Hopefully because of all the work I’ve done – I’ve got a large volume of work over the last few months behind me – that will stand me in good stead and I can progress through this stage quite quickly,” he added.