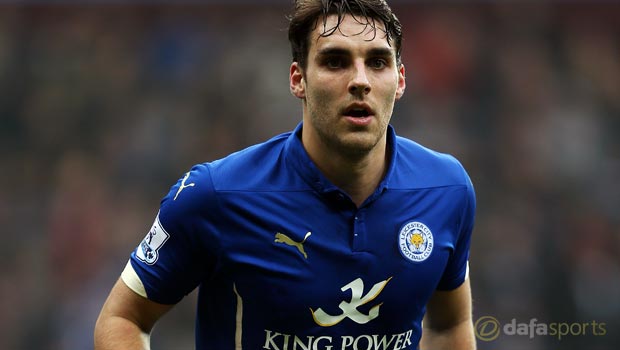 Matty James admits Saturday’s 2-1 win over West Ham has given Leicester a huge boost as they continue their battle against the drop.

Substitute Andy King was the hero for the Foxes, netting the winner with four minutes left to end a run of eight games without a victory and hand his side a lifeline in their bid for survival.

The victory means they now sit six points from safety with a game in hand on 17th-placed Hull, although their situation still means they remain 1.33 to go down.

Next up for Nigel Pearson’s side is a trip to fellow Midlands outfit West Brom, a match they are 3.40 to win, with the Baggies the 2.25 favourites, while the draw is available at 3.25.

After that they have winnable games against Swansea and fellow strugglers Burnley, before hosting current Premier League leaders Chelsea at the end of April.

With Newcastle, Southampton and Queens Park Rangers also set to visit the King Power Stadium, there are still plenty of chances for Leicester to pick up enough points to guarantee survival.

James admits the win over the Hammers has given his side a huge lift and hopes the victory can inspire them to more glory in the coming weeks.

“It’s a massive result to get three points at home,” James told Foxes Player. “We talked about having a mini-season and we’ve kicked it off with three points – hopefully we can kick on.

“It cuts the gap, which makes it a little bit easier on the eye. We’ve never lacked belief, but that win gives us a little bit more confidence.

“We’ve said from day one that every game is in our hands. We’ve never stopped believing. We’ve shown against West Ham that we can keep going right until the end – we deserved the win.”