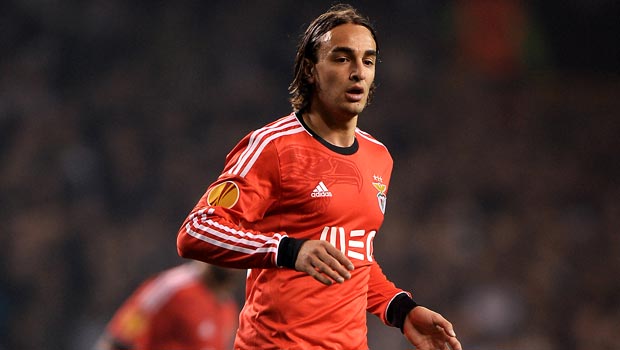 Lazar Markovic immediately set his sights on helping Liverpool win the Premier League title after joining on a long-term deal for a fee in the region of £20million on Tuesday evening.

The 20-year-old Serbian forward, who can also operate in a wide role, became Reds boss Brendan Rodgers’ fourth summer signing following on from Rickie Lambert, Adam Lallana and Emre Can after arriving from Portuguese champions Benfica.

Markovic will be tasked with helping fill the huge goals void that Luis Suarez’s £75million move to Barcelona is certain to create .

However the former Partizan Belgrade starlet is excited with the prospect of playing in the Premier League and, having won the respective domestic titles with both of his former clubs, he is determined to continue that trend with Liverpool.

“I am very happy that I have joined such a great club,” he told his new club’s official website.

“I hope that I will fulfil the expectations of the supporters, coaches, players, and all connected to the club.

Liverpool manager Brendan Rodgers added: “This is an exciting signing for us and one that improves our squad, in terms of attacking options, for the coming season.

“He was hugely impressive for Benfica last season and has proved he has the ability to produce the goods in European competition as well, which will be important for us.”

Liverpool can be backed at 9.50 to win the Premier League title next season having just fallen short last term, while Manchester City are 3.00 to retain their crown.