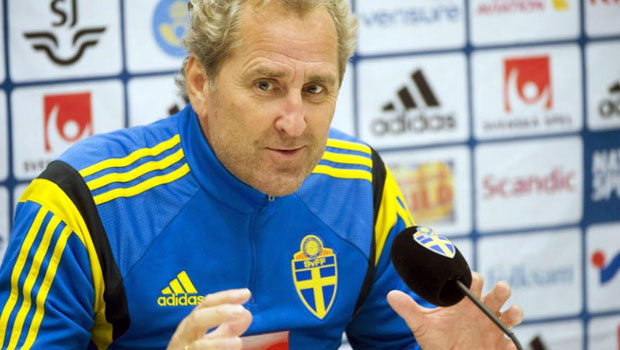 The Swedes trail 1-0 going into Tuesday night’s all-or-nothing home decider after a late header from Cristiano Ronaldo in last Friday’s opening encounter broke the deadlock to give them the edge.

The first match had been billed as a personal duel between Ronaldo and Zlatan Ibrahimovic, with Hamren insisting that his captain can handle the pressure.

“He’s been at this level for many, many years and for us it’s not Ronaldo v Zlatan, it’s Portugal v Sweden,” said Hamren of the 32-year-old, who is realistically playing for a last appearance at the World Cup finals.

Hamren is also well aware that Portugal have the luxury of a goal start and can afford to sit back and play for a draw. With that in mind he has had his players practising penalties on the training ground.

“We need to score, that’s for sure,” the coach added. “They can play more for the result, they have an advantage in that.

“It’s a mental thing, of course, and if it’s been a long time then they need to have done it before the game.”

The Swedes are expected to be at full strength, with Andreas Isaksson having recovered from a knock as they bid to turn things round in front of a full house in Solna.

Ibrahimovic was denied much of the ball in the first leg, and the brief will be to get the ball to him as much as possible this time in what is sure to be another hard-fought encounter.