Xavi: Not Yet Time To Coach Barca 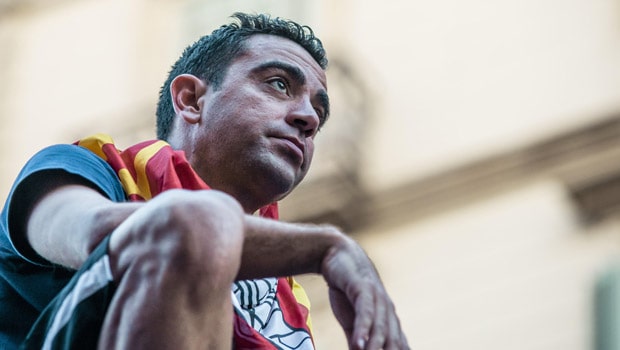 Former Barcelona midfielder Xavi has made revelations behind his decision to snub the chance to coach the club side twice.

The World Cup winner continues to manage Qatar club side Al Sadd, where he has won the league title, but on two different occasions when he was approached by the Blaugrana, he rejected stating that it was time to take on the challenge.

Furthermore, he revealed that some circumstances like contractual, Professional, and Family complexities have influenced his decision to reject the club albeit it was difficult to do so.

Barcelona has had a topsy-turvy couple of seasons recently having changed managers at intervals with Dutchman Ronald Koeman replacing Quique Setien.

He led the team to a third-place finish in the La Liga in the just concluded season while the team was knocked out of the UEFA Champions League Round of sixteen.

However, there was a success in the Copa Del Rey as Barcelona emerged champions.

The club has also had to deal with Lionel Messi’s contract situation while they also let go of Luis Suarez who then joined Atletico Madrid where he scooped the La Liga title.

Barcelona has now attempted to strengthen the team by bringing in Sergio Aguero and Eric Dier from Manchester City.

However, the deal for Gini Wijnaldum seems to have been hijacked by French giants PSG who the player has agreed to join.

Meanwhile, no remarkable progress has been made in the negotiations for Memphis Depay.